Morbier, the ash that sets apart a cheese.

In ancient times, the peasant farmers of Franche-Comté would deliver the milk from their cows to the village dairy for the production of a huge 40 kg wheel of Comté cheese. 450 litres of milk were needed to make one Comté, and the farmers joined forces to be able to produce it.

Very often, because the harshness of the climate often prevented the farmers from making deliveries or because they obtained additional milk at night, they decided to start making another kind of cheese as well.

At the end of the day, they would put any left-over milk that was not enough to finish a whole cheese into a mould. To prevent insects from getting inside during the night, they would spread a layer of ash over it.

This
cheese was first documented
in 1795 and
was described as a
'fat' cheese called
'Petit Morbier.'

In the morning, they would fill up the mould with freshly milked cow's milk. A cheese of about 8 - 10 kg would be created with a mixture of evening and morning milks. The wonderful flavour with a characteristic black stripe inside began to win the hearts of the farmers. Today, the ash is plant-based, and the custom continues as an homage to the savoir-faire and tradition of its manufacture. It is the ash that sets apart a cheese with great history.

Later, by 1799, the cheese's black stripe, compact paste and melting texture were also being described. By the end of the 19th century, the cheese had become recognised as 'Morbier' and was being made according to the traditional knowledge of the farmers of Doubs and Jura. In 2002, it obtained a PDO and worldwide recognition.

The cheese is named after the village of Morbier, where this cheese was first made. Located in the department of Jura (France), the origin of the name was a small stream that flowed upstream from the village ('Morbys,' 'Bys' or 'Bief'). Jura is an area of preserved natural landscapes consisting of rivers, waterfalls, mountain pastures and fir forests. Its splendid lakes, towns and villages have a rich heritage and make this part of France one of the gems of the region. 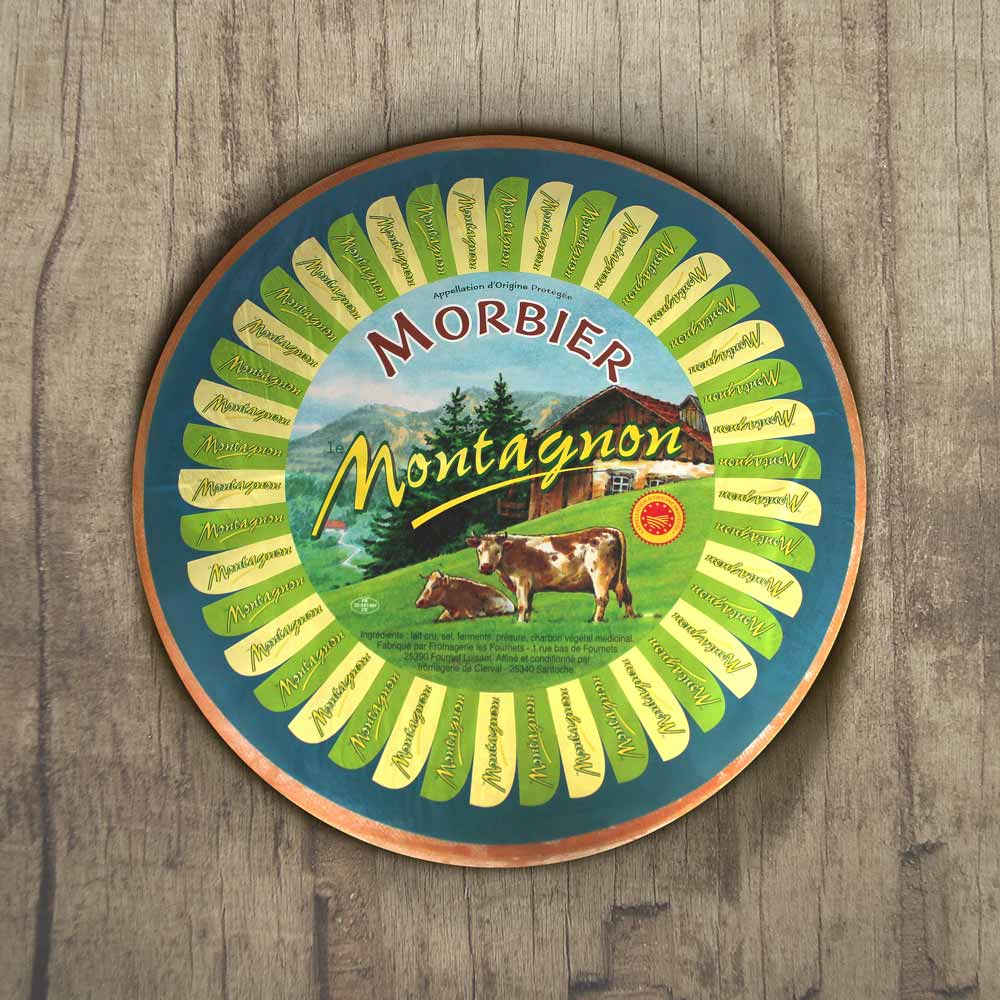 The milk used to make Morbier comes from the Montbéliarde cow breed.

It is a breed that comes from the mountains of France and accounts for 95% of milk production in the French department of Franche-Comté. The breed can also be found in other parts of France and abroad, because it is highly appreciated for its longevity, ability to adapt and the quality of its milk. The cows typically have reddish-brown spots on their coats and
white heads, stomachs and limbs.They are highly productive, producing milk with good fat and protein content, and because of this, they are highly regarded by the cheese dairies of the Jura Valley.

In 1931, the local milk producers decided to become independent and produce high-quality cheeses with the founding of the Ermitage Cooperative. The company is located in Bulgnéville, a small town in the Vosges Mountains. In this area of France, there is a wealth of plant and animal life, including several threatened and endangered species, and it is also a place whose original vegetation has been preserved. Alongside great forests and virgin nature, there are many rural communities and crop fields. It is one of the most beautiful areas of France, featuring landscapes of hills that become increasingly high and steep as you approach the border and the Vosges Mountains. 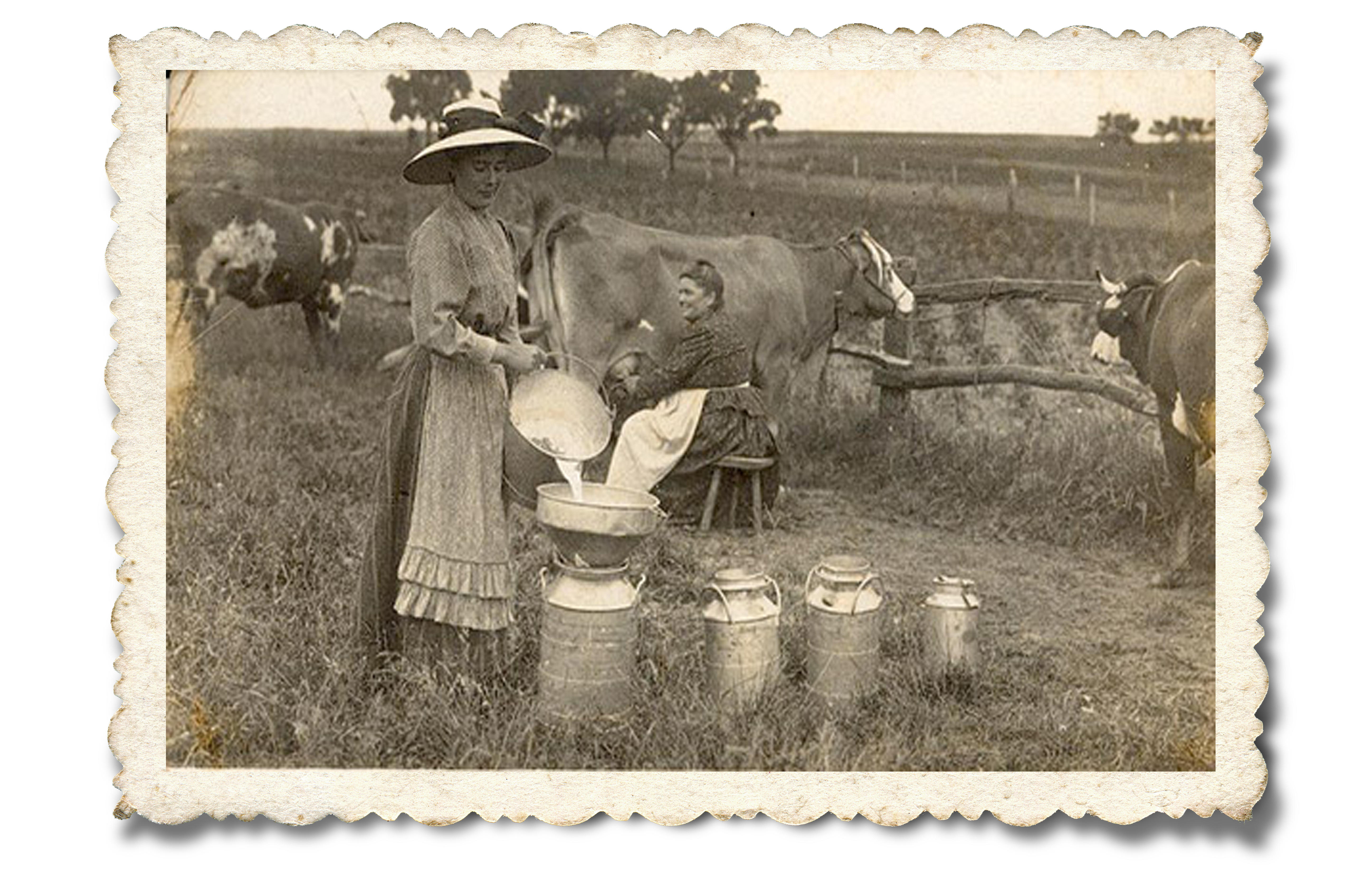 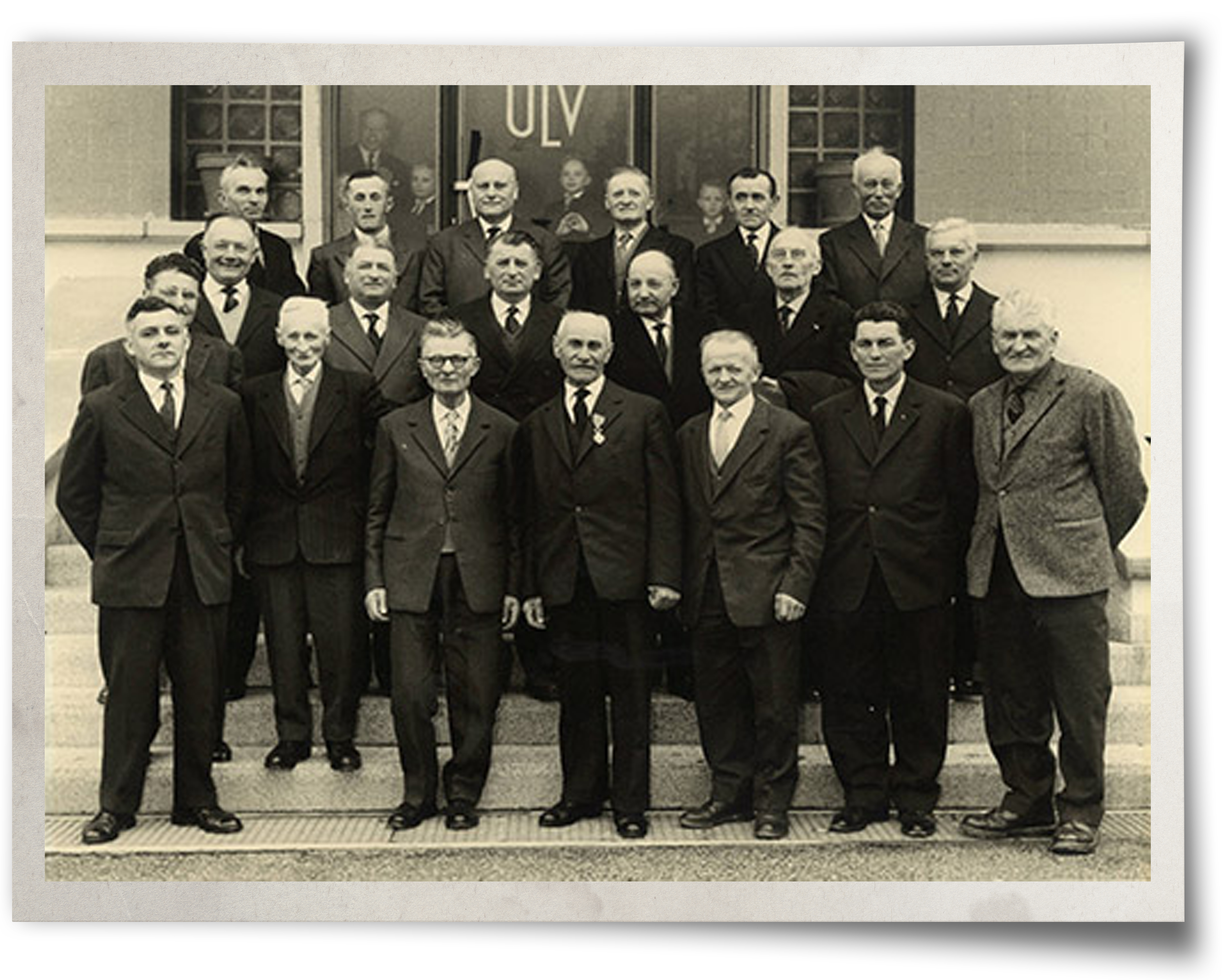 This is where Ermitage has been for more than 85 years and is still wholly owned by its members and milk producers (there are thousands of them).

The company has always managed to keep its traditions, culture, know-how and skills intact throughout this time. Ermitage has been making PDO cheeses for years: Comté, Mont d'Or, Langres, Morbier, Munster and others. All of them are made according to traditional, age-old methods and high standards of quality.

This is how it demonstrates its passion and respect for France's cheese history and craftsmanship.

Since 2014, the cheese dairy has processed four million litres of milk a year
in order to produce delicious and authentic Morbier.