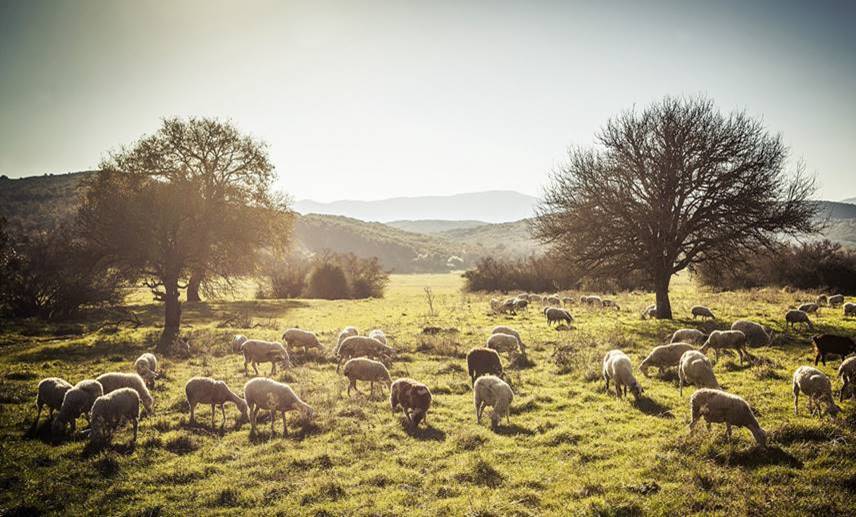 feta cheese is one of the oldest cheeses in Europe

According to Greek mythology, the cyclops Polyphemus, son of Poseidon and the sea nymph Thoosa, was the first maker of this cheese. He would carry the milk that he had milked from his sheep using stomachs of animals as bags. After a few days, the milk would curdle, becoming a solid, tasty paste. This 'curd cheese' began to be called feta in the 17th century, because of the custom of cutting it into pieces

('feta' means piece in Greek) to keep it in barrels with brine. 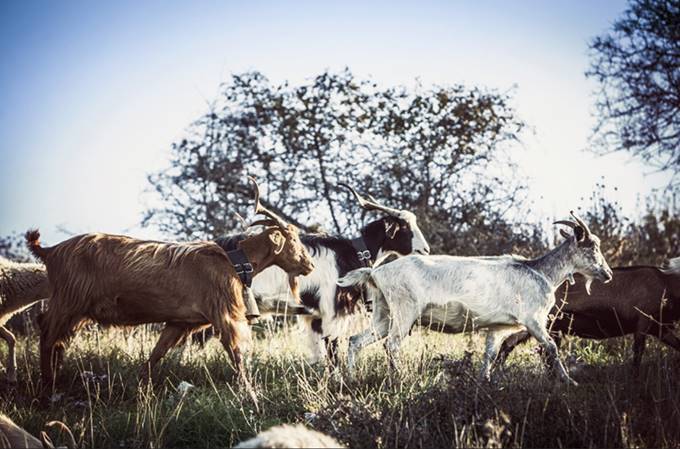 For the Greeks, this important ingredient is closely linked to their history and the tradition of their country.

It is a cheese made from sheep's and goat's milk.

The milk used in the production of feta comes from breeds of sheep and goats from the mountainous regions of Greece, which have a tradition of nomadic livestock keeping. The rough and rocky terrain of these areas has resulted in the goats evolving very strong hooves to enable them to climb.

In ancient Greece,
Aristotle, Pythagoras and
many other ancient authors
wrote at length about the production and
consumption of feta cheese

Greece's PDO regions are Epirus, Macedonia, Thrace, Thessaly, Central Greece, Peloponnese and Mytilene. The sensory characteristics of the milk of these regions and, by extension, of FETA cheese, come from the local flora.

Once the cheese is made, it is submerged in brine to prevent dehydration and the spread of bacteria and mould on the surface as it matures.

The number one feta cheese brand in Greece is DODONI. The company is located in the province of Epirus, in the northwest of the country, which shares a border with Albania.

It is one of the best preserved areas of Greece in terms of fauna and flora.It has a rugged terrain, with peaks of more than 2,500 m in altitude, and a mountain climate with more abundant rainfall than anywhere else in the country. The province makes its living mainly from tourism and the production of milk (goat's and sheep's) and meat (accounting for almost half of national production). It is a very rural area with numerous shepherds and small producers scattered throughout the territory. This makes it logistically difficult for DODONI to collect milk on a daily basis. For this reason, it has built 4 milk collection points, one in each region of the different provinces.

This way, it can keep the milk that it collects from its almost 5,000 producers in the best condition.

Traditionally, the cheese is aged for
at least two months
in wooden barrels or
the steel tanks
that most producers use today.

Fresh milk from farmers arrives every day in Ioannina, even from the most distant and isolated parts of Epirus. From there, the taste of Epirus travels through its products to 46 countries around the world. The unique natural landscape of Epirus, with its rich vegetation and rare biodiversity, which includes 2,500 varieties of herbs and plants, is what gives DODONI feta cheese its excellent quality, unique flavour and special aroma, and has made it famous in Greece and abroad.

DODONI was established in 1963 in the region of Ioannina, Epirus, and started out by collecting cow's milk that was then pasteurised and sold to the inhabitants of the area. The company was founded by 6 dairy cooperatives in the province.
Some 50 years later, DODONI employs approximately 400 permanent and seasonal staff, and is the largest company in the region, offering a range of about 80 different products. These include its famous feta cheese and also fresh milk, yoghurts, pressed cheeses and butter.

DODONI plays an important role in Epirus' economic life and has an extensive sponsorship programme that supports cultural, sporting, educational and social activities. 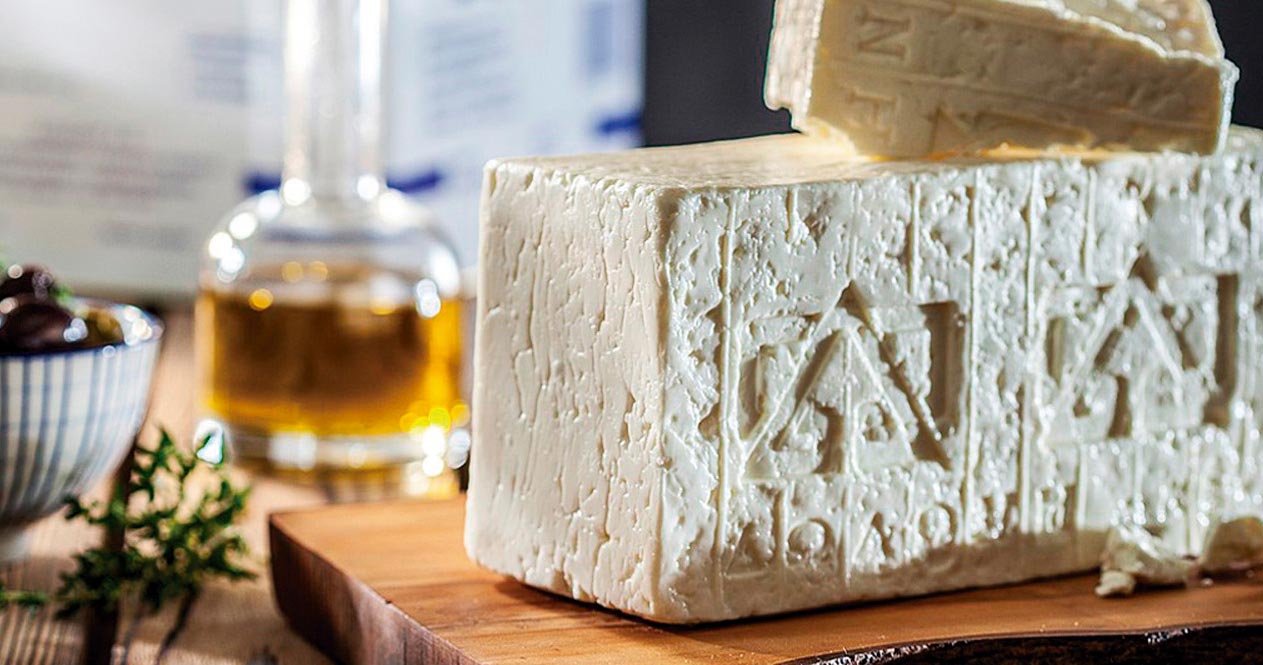 DODONI feta cheese is the most widely consumed in Greece.
It has a per capita consumption of about 10 kg per year against 0.1 kg per perso
per year on average for consumers in the European Union.