Flourless chocolate cake made with Irish butter and Cointreau

Melt the chocolate and butter in a water bath. Separate the egg yolks from the whites. Beat the yolks with half of the sugar with an electric mixer for about 5 minutes until the sugar dissolves.

Mix with the melted chocolate and butter. Cool at room temperature. Beat the egg whites until stiff, sprinkle in the rest of the sugar and continue beating for a couple of minutes. Gently fold in the whipped egg whites to the chocolate mixture. Place in a mould brushed with butter and flour to a thickness of about 3 cm and cook in the oven at 190ºC for 20 minutes. Leave to stand for 10 minutes after cooking. Marinate the berries with the Cointreau and sugar for at least 10 minutes. Serve the cake with the marinated berries.

Note: To make the cake in a 26 cm mould, double the ingredient amounts and add 10 minutes to the cooking time.

Tip: Beat the egg whites is a clean and dry bowl and make sure there are no traces of egg yolk. You can give the cake a touch of extra flavour by adding grated orange or lemon zest, or spices such as cinnamon, ginger or allspice. 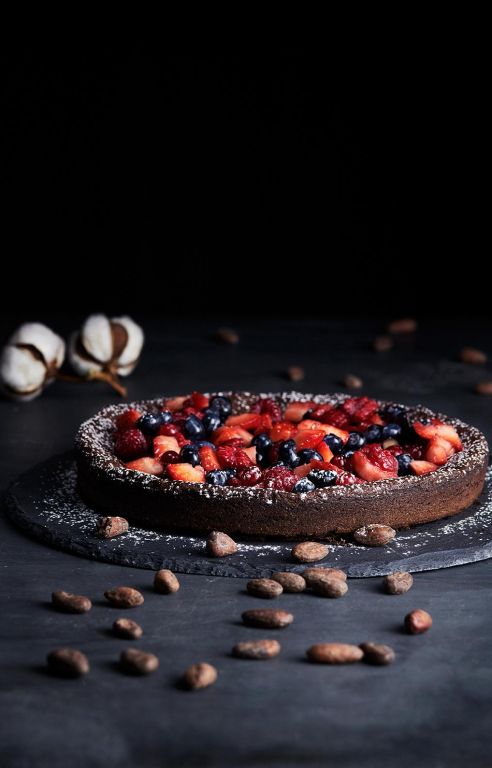